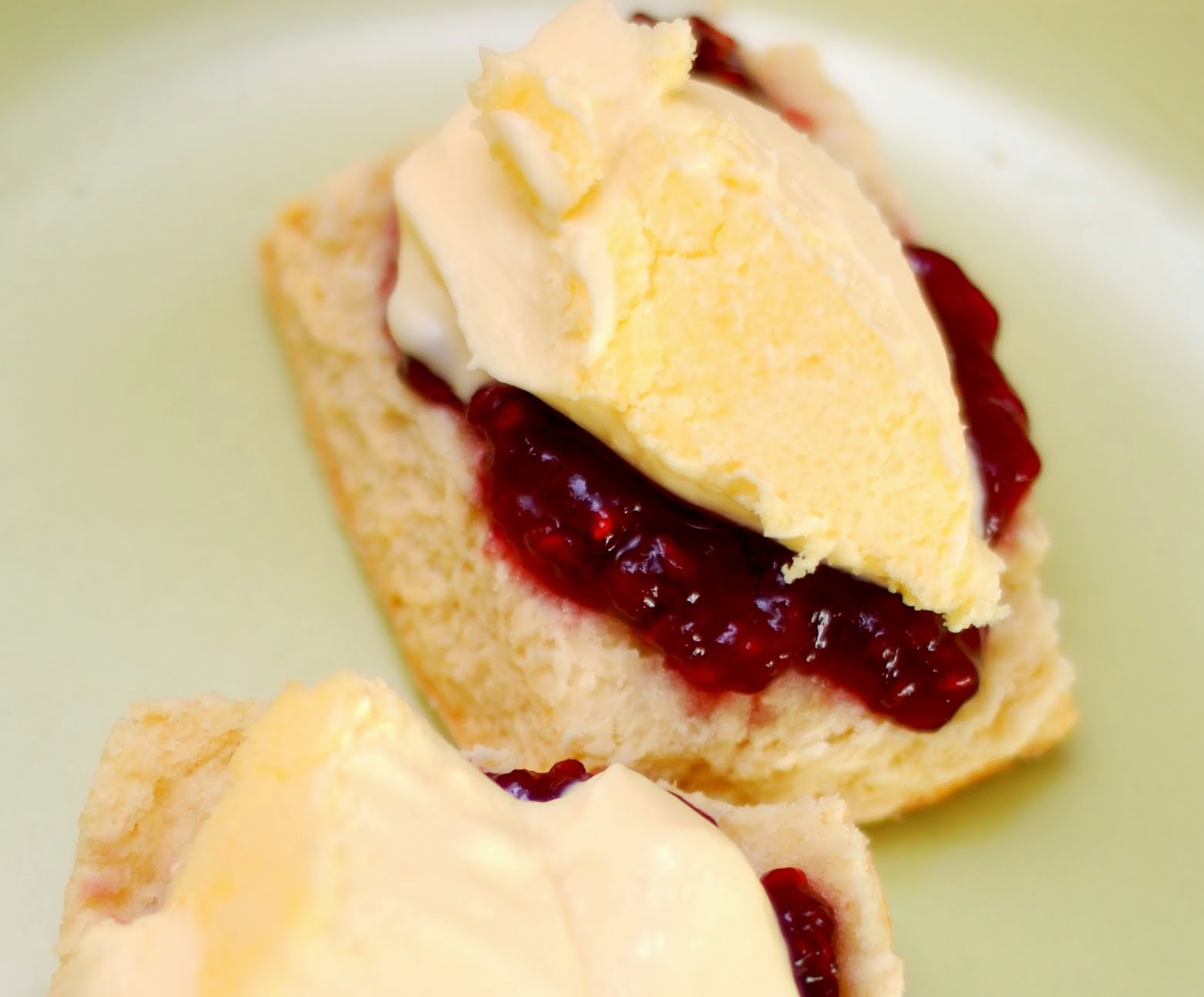 I recently had my first attempt at making clotted cream. It was much easier and way more successful than I ever thought it would be. There are several methods other people have written about online including slow cooking in the oven and using a slow cooker. A great place to read about all these ideas is over at The Culinary Life. I opted to heat the cream in a large bowl over a barely simmering pan of water for around an hour similar to this method from James Cooper.

Anyway, if you're going to have clotted cream in the house you HAVE to have scones to go with it. I've tried out many different recipes over time and this one has given me the lightest results so far. Serve them warm from the oven with a good raspberry or strawberry jam and a generous dollop of clotted cream. (By the way, if you want to be true to the Cornish origins of clotted cream it should be ON TOP of the jam. Apparently Devon folk put it under the cream because they're ashamed of it - that's what my Cornish husband says anyway!) 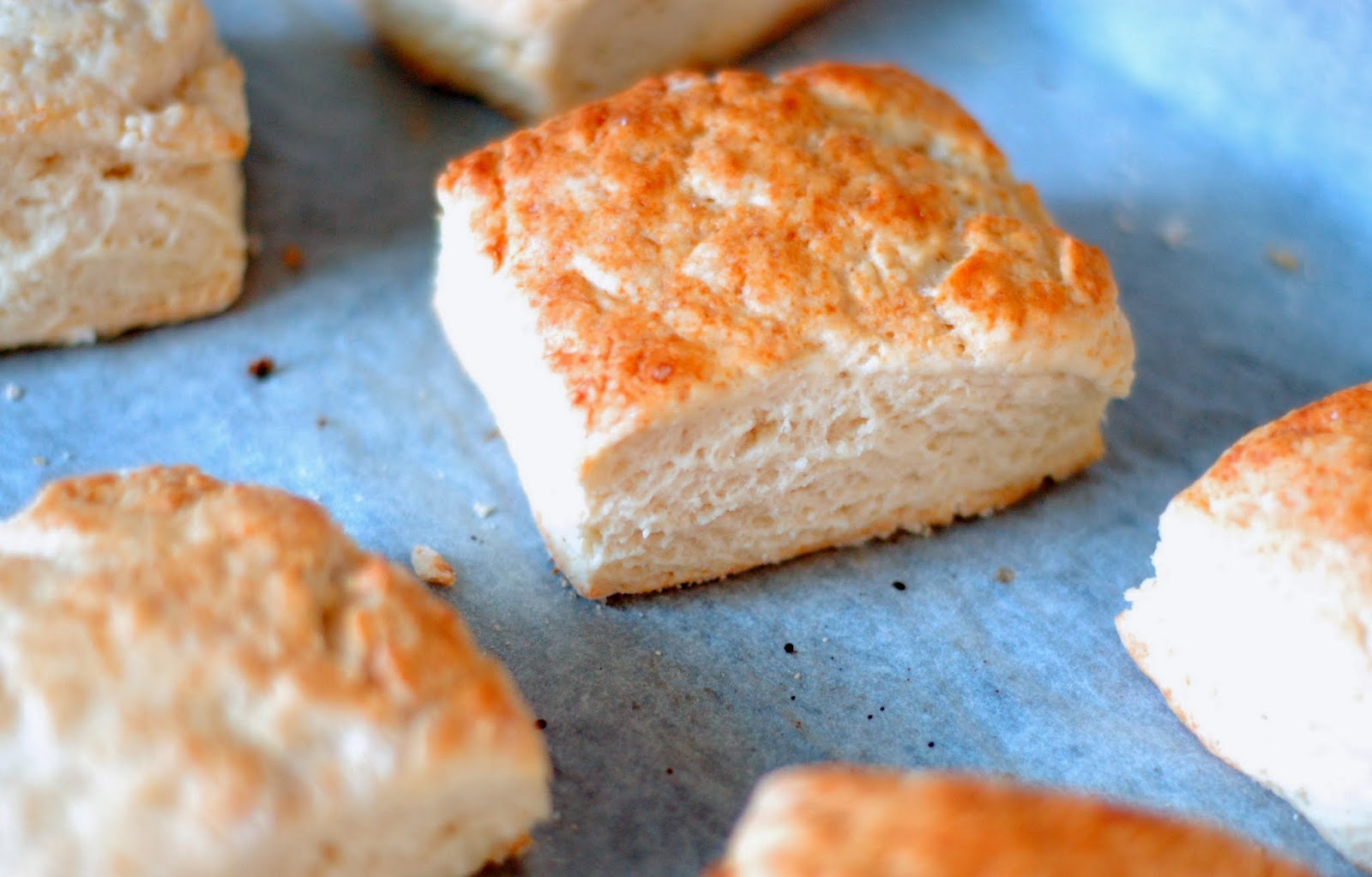 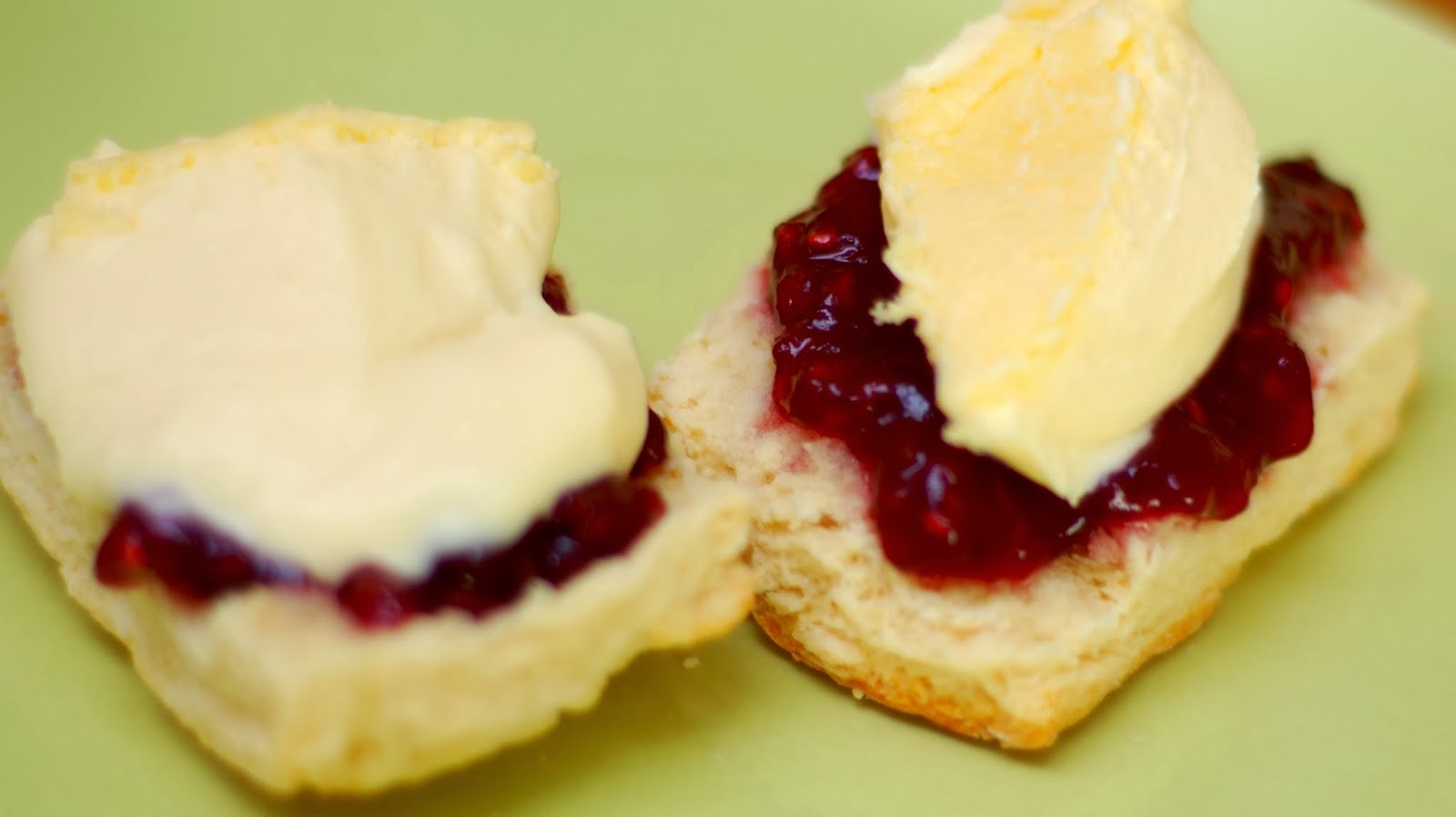